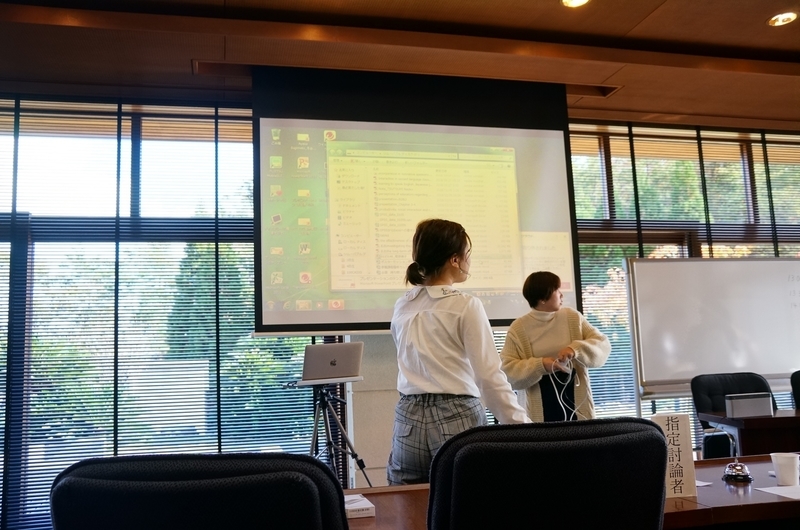 Never miss an opportunity to be fabulous! 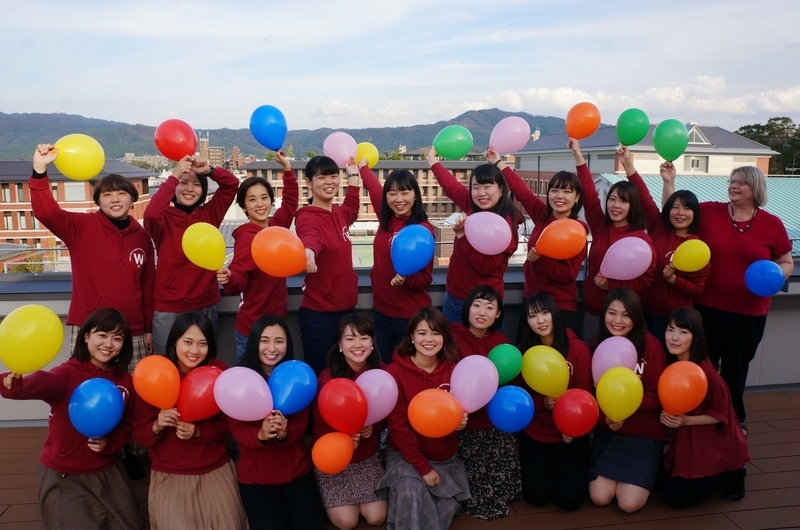 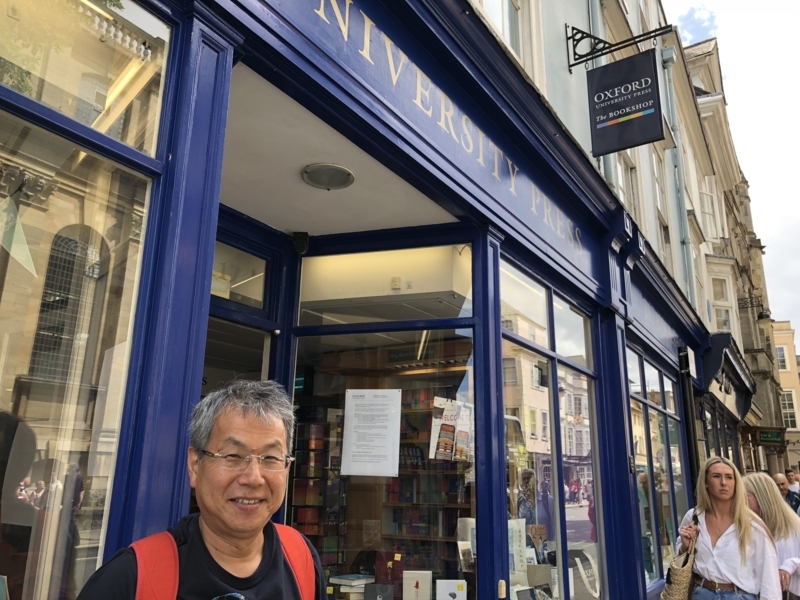 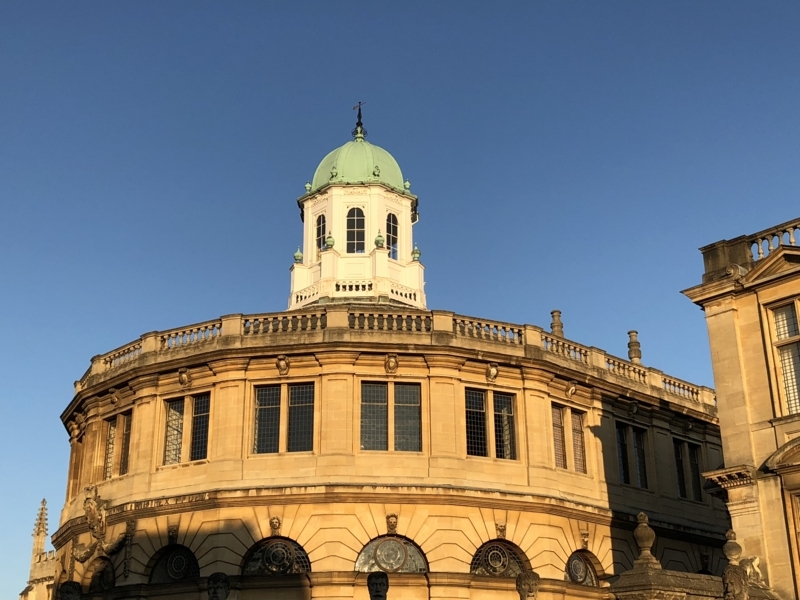 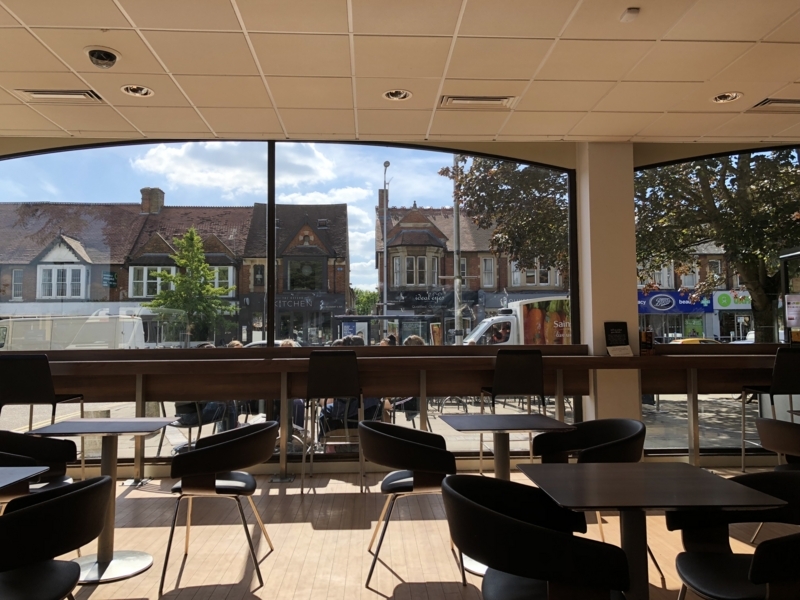 According to Fortune magazine, Toronto is the world’s most comfortable city to reside in, due to its being clean, safe and inexpensive. This is right, indeed. If I were to add one more word, the friendliness of its people would be appropriate.

Nearly three months have passed since I arrived in Canada, given the privilege of a one-year sabbatical. During that time I have fully appreciated the above advantages. The city is clean and spacious everywhere. Beautiful parks can be spotted around the city. Queen’s Park, only a five-minute walk from our apartment, is my children’s favorite playground and my cherished way to university, with brown and silver squirrels running on the grass, climbing trees or digging holes in the ground to hide nuts.

However, it is cold in winter, and I hate being cold. I definitely prefer summer. I am writing this piece almost at the end of November, using an iMac in the Computer Lab (so many iMacs are available!), and it is cold indeed. I already saw snow in the beginning of October. I could not believe my eyes. The temperature yesterday (November 27th), for example, ranged from minus 14 up to just minus 5 degrees Celsius. Canada uses the metric system (km-Celsius) instead of the imperial system (mile-Fahrenheit), which is also friendly to me. I cannot walk the streets without a warm coat, gloves and a hood covering my whole body except for my eyes. It is warm or rather hot inside the buildings, though. This is good news to me. Underground paths are well organized, connecting one building to others, so I do not have to walk outside so much. However, Canadian friends scare me by saying that this is just the beginning of severe winter and in February it is twice or three times colder than this, which I cannot even imagine.

Turning to friendliness, people are generous, frank and open to everybody. This might be just my impression, but I have observed this benefit everywhere in the subway, university classrooms and shopping malls. (AS an extreme example, there are beggars in the streets, and not a few people give them money or stop to talk with them.) Though I admit my experience in America is limited, Canadian people seem even friendlier than Americans.

There may be of several reasons for this, but if I mention only two, the first one goes to this vast land with few people. I strongly believe in the influence of environment on people’s minds. This sounds simple, but it is true from school classrooms throughout society; the school discipline problem in Japan would be drastically reduced if class size were reduced to fewer than 30 students per class.

Toronto is the biggest city in Canada, having a population of more than 2 million. It is spread out over a large area, and has no mountains. Yonge (pronounced ‘young’) Street, which runs north-south in the city center, is said to be the longest street in the world because there is nothing to block it. Resort areas are handy. On some weekends in September, renting a car, we went north to see colored leaves at Algonquin National Park, which encompasses untouched nature. Driving for one hour, we saw beautiful farms where horses and cows were peacefully eating grass, and in two hours, we saw beautiful woods with colored leaves, lakes and towns spotting the countryside. In three hours, we saw no more houses: just nature. From a Japanese perspective, this is, say, asking for the moon. This spaciousness is advantageous for Canadians, and also common to Americans.

Then, what is the second source shaping the friendliness of Canadians? What makes people in Canada talk to each other so frankly regardless of background? When riding streetcars or buses, it is interesting to find a mingling of various colors of skin. People talk freely in a cacophony of languages: Cantonese, Vietnamese, Greek, Italian, German, Spanish and English. Yes, so many various kinds of people are living in Toronto. However, this alone is no explanation. After all, America has a similar situation: it is the ‘melting pot’ of races. The explanation of Canadian friendliness lies rather in Canadian bilingualism.

In Canada, as is widely known, two official languages–English and French–co-exist. In Jesse Ketchum Public School, where my twins are now enrolled, students start learning French in the fourth grade. Depending on schools and boards of Education, students learn French following one of three patterns: early immersion (starting at 1st grade), late immersion (starting at 3rd grade) and core immersion (starting at kindergarten). In any case, the emphasis is put on fostering communicative competence of learners because they need to communicate in French. Immersion–the world gives an image of dipping someone deeply into something- is a unique system. Students learn school subjects, social studies, for example, in the target language of French, and it is successful.

At OISE (Ontario Institute for Studies of Education of University of Toronto), where I am learning about second language learning and teaching, distinguished faculty members like Dr. Merrill Swain and Dr. Sharon Lapkin have been conducting research on the effects of these immersion programs. According to them, the biggest benefit from these admirable programs is that the majority of Canadian people acquire a functional knowledge of French both in speaking and listening. However, the real benefit of immersion education is that, through practical communicative activities, people realize the difficulties of acquiring another language. Since they know the difficulties of handling languages other than their native language, Canadians seem to be generous to non-English speakers, and patiently try to understand what they mean. I think this leads to empathy for those who are different and may be having difficulties. Acquiring another language gives Canadians generosity and a balanced point of view. This might be a small difference, but it makes a big difference from American people, most of whom speak only their native language, English.

One morning in late September, I was reading the National Post over a cup of cappuccino at the patio of a coffee shop near my apartment. A middle-aged woman stopped by, looking into my newspaper, and whispered to me with great disappointment, “Oh, he has passed away.” I did not understand the significance of her words. “Who?” I asked. It was Mr. Pierre Trudeau, a very popular politician and Prime Minister in 1960s to 80s. Later I found out that he initiated the bilingual policy in Canada, symbolized by immersion. Reading his biography, we can understand how bilingual policy was deeply connected with his belief that the two languages unite different peoples and different parts of the country–Quebec and the rest into one. It also comes along with accepting quite a few immigrants from around the world.

For a long time I have been thinking about the rationale for Japanese to learn English. This is a challenging question. The dilemma is that people feel little necessity of this since communication in their native language is feasible; practical needs are hard to find except for traveling to foreign countries. Attending some classes at OISE/ UT and a conference on second language teaching (French in this case), I have come to realize I was playing only the doubting game. I was trying to find something wrong with the possible answers, which is important as a scientific attitude, but does not bring us anywhere. Now the believing game is needed. We should focus not on the necessities of learning, but on the assets gained by learning: what benefits Japanese people will obtain if they can handle one more language even if there is little practical need. In this sense, Canada has many resources and achievements for making us believe. We have much to learn from the splendid experiment of bilingual education in Canada, even though the situation is different in Japan. This short piece is not sufficient enough to prove this, but I think the bilingual policy and its successful program have surely contributed to the wonderful qualities of Canadian people. People who know more than one language have another world residing in their mind.